HANK PHILLIPPI RYAN is the on-air investigative reporter for Boston's WHDH-TV, winning 36 EMMYs and dozens more journalism honors. The bestselling author of twelve novels of suspense, Ryan's also an award-winner in her second profession—with five Agathas, two Anthonys, two Macavitys, the Daphne, and Mary Higgins Clark Award. Her books are Library Journal's Best of 2014, 2015 and 2016, and SAY NO MORE is an Agatha, Daphne and Mary Higgins Clark Award nominee. Her 2018 book TRUST ME was named a BEST Thriller of the Year by the New York Post, Real Simple Magazine, Criminal Element and more. It is also an Agatha award nominee. Her 2019 thriller, THE MURDER LIST, is now an Agatha Award and Mary Higgins Clark award nominee. Watch for THE FIRST TO LIE coming in August 2020. 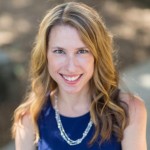 JESSICA STRAWSER is Editor-at-Large at Writer’s Digest, where she served as Editorial Director for nearly a decade and became known for her in-depth cover interviews. She is also the author of four book club favorites from St. Martin’s Press: ALMOST MISSED YOU (a Barnes & Noble Best New Fiction pick), NOT THAT I COULD TELL (a Book of the Month bestseller), FORGET YOU KNOW ME (now new in paperback), and A MILLION REASONS WHY (coming in March 2021). Her work has appeared in The New York Times, Publishers Weekly and other fine venues, and she recently completed a term as 2019 Writer-in-Residence for the Public Library of Cincinnati and Hamilton County.