Talk about a carer author! Brenda Novak is not only the NY Times and USA Today bestseller and award-winning  author of more than 60 contemporary romance and romantic suspense novels (sixty! including ten series)–but she unquestionably pioneered the contemporary romance and romantic suspense genre. She’s brilliant and unstoppable, with a passion and a focus that are seemingly unending. What’s more, she’s a true friend to other authors, gracious and generous and encouraging and promoting and generally making writing world a better place. And reader world too–she has legions of devoted fans, world-wide, who clamor for her books and her reading boxes and to be part of her life. Career Authors, she’s the success–personally, professionally and philosophically–that we are all striving to attain.

And she’s honored us by answering our Career Authors 11. And–see below–even offering a giveaway. That’s Brenda.

What book changed your life?

I hated reading when I was a child–until I found a row of classics in the school library when I was in third or fourth grade. Then I devoured everything on that shelf and became enamored with the magic of being transported into an entirely different world by combining my imagination with a talented author’s. JANE EYRE was my favorite of those classics. So when I decided to write a book, that was my inspiration. I started with a historical set in England called OF NOBLE BIRTH.

Was your first published book the first manuscript you ever wrote?

OF NOBLE BIRTH was indeed my first manuscript. It sold to HarperCollins and came out in November 1999. But I’m not sure I can say it was the first manuscript I ever wrote because I rewrote that story so many times, trying to teach myself the craft. For me, that was definitely a process of trial and error. In the last incarnation of the book, I took it from 800 pages and something that was a straight historical to a historical romance of only 450 pages. Ha!

Ironically, it’s the beginning (and even daydreaming about what I’m going to do before I start) that’s easiest for me. I love developing a new set of characters and plunging them into a series of intriguing conflicts. The hard part for me is the ending. I like to write with so much conflict that resolving it all releases that tension and makes the denouement sort of boring for me, so I have to be careful to allow my readers the chance to glory in a hard-won resolution before I wrap things up too quickly.

Do you know the story’s ending before you start?

I know the book will end in a satisfying way, even if it doesn’t have a true “happily ever after.” But that’s about it. I’m a “pantser,” meaning I don’t plot everything out. I let the plot grow out of the characters. If I know too much about the story, I’m bored as I write it, and that somehow results in flat, uninteresting storytelling. I do, however, believe that my subconscious presses out ahead in some way to guide me, because this process has served me well through more than sixty books, with very little rewriting (other than the normal editing and polishing process), so something must be stopping me from writing myself into a corner. Ha!

When you’re having a difficult writing day, what do you tell yourself to get through it?

I’ve been writing long enough that experience helps with this. Over time, I’ve learned that the pages I turn out on a bad day can be just as good as those I turn out on a great day. Sometimes it’s just the lens I’m using to view it. I power ahead and edit rigorously later–fight to get over the hump and starting rolling on my way again.

Do you read your reviews?

I do. If several bad reviews say the same thing, I need to take a look at what’s going on there and use the feedback to improve my craft. That said, I’m a pleaser and I put my very best effort into each book so, early on, criticism was incredibly painful for me. After almost twenty-five years in the business, criticism still stings, of course, but I can be a bit more objective about it now. If the majority of reviews are good, and only a small percentage are bad, I know I’ve done my job. Even my favorite authors–on books I thought were the absolute best–have bad reviews. When I’m hurt by critical feedback, I’ll read the bad reviews of my favorite authors. That always puts into perspective the fact that there will be some readers who won’t like how I handle a story, and the same is true for every storyteller.

Besides being persistent and correcting your spelling errors, what’s your best advice for a new author?

Believe. If you truly believe in yourself and your dream, you will do whatever it takes to make it come true–study craft, persevere through rejection, figure out how to market your work, etc.

What’s your definition of writer misery?

Being unable to write.

What’s your definition of writer happiness? Speaking of which–what’s your newest book?

Being able to continue to create stories and have an outlet for them is happiness for me. I have a brand new book about how a DNA test changes the lives of three women that’s titled ONE PERFECT SUMMER that came out on April 7th. I’m very excited about this book and can’t wait to see how readers like it.

What’s your favorite book on writing?

This is going to sound weird, but I’ve never read a book on writing. I’ve always been intimidated by them. The few I started just seemed to take what I do intuitively and shlep it all over onto the side of my conscious brain, at which point I would get overwhelmed and start thinking I’m doing it all wrong. So I try to keep it simple. I tell a story I would love to read and leave it there.

What book are you reading right now?

I have an online book group on Facebook with 17,000+ voracious readers called Brenda Novak’s Book Group. In the months I don’t have a release, I feature another author’s book. We read his/her work, then we discuss it with the author via a Facebook Live event (so members can get to know the author from the comfort of their own homes). For March, we read a psychological suspense novel titled THE OTHER MRS. by Mary Kubica. In April, we read my new book, ONE PERFECT SUMMER. Stop by and see who we’re reading now!

HANK: SO fabulous! (And I’ll be there in September–what an honor!) “I tell a story I would love to read and leave it there.” Whoa. I am going to print that an put it on my wall. Do you have a writing mantra like that? Tell us on the Career Authors Facebook page–where, thanks to Brenda, you could win her book ONE PERFECT SUMMER! 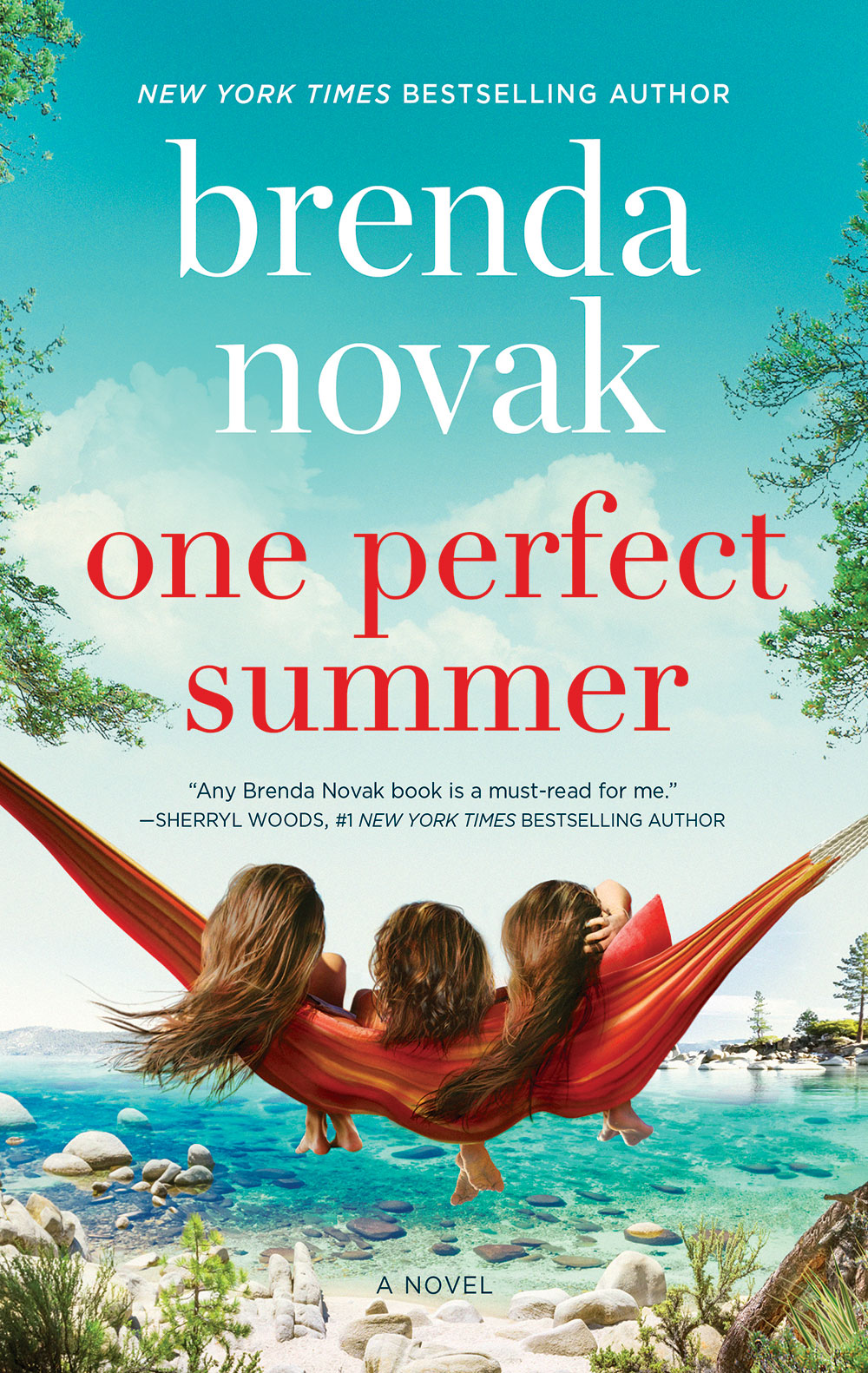 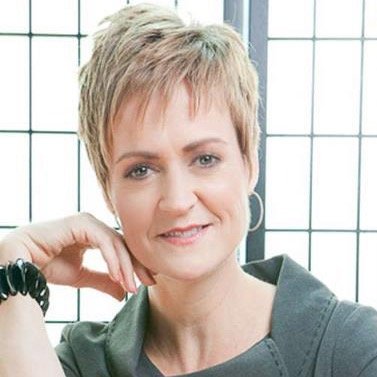 It was a shocking experience that jump-started Brenda Novak’s career as a bestselling author–she caught her day-care provider drugging her children with cough syrup to get them to sleep all day. That was when Brenda decided she needed to quit her job as a loan officer and help make a living from home. “When I first got the idea to become a novelist, it took me five years to teach myself the craft and finish my first book,” Brenda says. But she sold that book, and the rest is history. Her novels have made the New York Times and USA Today bestseller lists and won many awards, including eight Rita nominations, the Book Buyer’s Best, the Book Seller’s Best, the Silver Bullet and the National Reader’s Choice Award.
Brenda and her husband, Ted, live in Sacramento and are proud parents of five children–three girls and two boys. When she’s not spending time with her family or writing, Brenda is usually raising funds for diabetes research (her youngest son has this disease). So far, Brenda has raised $2.6 million.