Your Novel’s Future: How AI Will Bring Your Book to the World This is the future of your book

In sub-Saharan Africa—Mali, Niger, Chad—half the citizens are illiterate. Yet a teenager cocks her head and listens to a story, one that rivets her to her chair and makes her eyes go wide. A story with universal human meaning and appeal far beyond its hometown. One that assures her she is not alone.

Maybe she has not yet learned to read. Maybe she’s not allowed to. Maybe she speaks only Arabic or Swahili.

Doesn’t matter. In five years, she’ll hear your story in her native tongue.

What would you pay to hire this reader for your audiobook?

Doesn’t matter today, because since this is machine-generated, its quality will double and its price will be halved in the next technical iteration, which these days happen in months. And then that doubling and halving will happen again and again, at an ever-increasing pace, just as mobile phone technology did, until it’s effectively ubiquitous and free. Futurist Ray Kurzweil coined that process “The law of accelerating returns” – the maxim that technological progress is exponential – and his models have held accurate for decades.

Could be less time than it takes you to write that next book.

How big is your audience?

Today, for writers reading this, your potential audience is limited: English speaking, literate, with access to your book and the means to get it. Even granting international distribution, what’s that? Hundreds of millions of readers?

For all the rest of your potential audience, the additional billions of people worldwide, either:

All of those will change, becoming not only possible, but effectively free because of AI.

Starting with the last, because text-to-speech now sounds close enough to a human reader that the inability to read no longer consigns a listener to the sterile renditions of the past. What HD (and 4K HD and whatever comes next) did for home video since the days of VHS, artificial intelligence will do for text-to-speech. We’ve turned the corner in the last month.

Of course, not everything will adapt well to this innovation – not yet. But progress doesn’t have to be everything to change everything. Machine-generated narrations don’t have to be indistinguishable from spoken. Just good enough. And the tech never goes backward; it always gets better.

Even with ubiquitous and realistic narration available soon, the language barrier remains.

But not for long. An average human translator can translate around 2,000 words per day for something like 20 cents per word. For virtually all authors, manual translation is impractical and unscalable – and soon to be unnecessary.

Machine translations are almost good enough today, and in the world of AI, “almost” today means being better than humans in months or weeks or even days. Only three weeks ago, the AI program AlphaGo Zero trained itself to play Go, the world’s most complex game, and then defeated the next strongest opponent 100 games to zero. It trained itself in three days. These advances are not science fiction, and they are coming so rapidly they are hardly headline-worthy.

Update 2017 DEC 06: Yesterday AlphaGo Zero taught itself chess. From nothing. In four hours. It then overwhelmed the champion program, winning 28 times and losing not once in 100 games.

No opening book. No endgame databases. No history of all the best games ever. It merely played itself for four hours and then was better than all of history.

Artificial intelligence now powers all of Facebook’s translations. Billions of translations per day, between 45 languages.

Are they perfect? Of course not. And still.

They don’t have to be yet. They only have to be getting better, and doing so at an accelerating pace. And they are. The current version of Facebook’s translations is 11% more accurate than its prior version from months ago. Even if future progress were linear (it’s not, it’s exponential), these advances don’t plateau or even slow down. They speed up. They accelerate. And then the pace of acceleration accelerates.

The New York Times calls machine translation “The Great AI Awakening,” where advancements last year outpaced those of the prior ten, with the free tool Google translate being the most public manifestation. That advancement calendar compresses to months going forward, with progress measured in quarters, not years.

Not every literary masterwork will oblige this automated mimicry.

Of course there will be untranslatable nuance and wondrous craft that elude silicon grasp.

Of course. And still.

Even with your book available in any language, both written and spoken, the barrier remains that listeners and readers need the means to access it.

Which means a mobile phone.

And recent history shows us that this is the most pervasive technology ever to sweep the planet. Because of an unprecedented price/performance explosion, micro-preneurs in Africa now have phones under $100. The continent itself leaped past landlines that other locales spent decades installing and maintaining. Poverty is shrinking worldwide, with 137,000 people rising out of extreme poverty every day.

Today 3 billion people have cell phones. In a couple of years, that number will double, a benefit of living in the most peaceful, prosperous time in human history, despite sentiment to the contrary.

And more communication fosters more democracy and more peace. The trend that started with books in the middle ages continues with yours today.

As prosperity lurches forward not everyone benefits, of course. Not everywhere. And still. It’s getting better, and fast.

Will AI streamline today’s translation and narration business models, commoditizing what were custom human tasks and by making them cheap make them universal, or will it do an end-run around the whole process and turn every individual’s phone into a universal translator, bypassing the entire question of having a single, permanent authorized translation and recorded edition? Or will an entirely new paradigm emerge?

Too early to tell. But it will happen and the question isn’t if, but when. I’ll bet even money on five years, but it’ll probably be three.

It sounds like I’m spinning science fiction tales, but look around. We live in a world with self-driving cars today and flying taxis tomorrow.

And look backward. It’s only the 10th anniversary of the iPhone and the Kindle, a blink of an eye in an industry over 500 years old.

We live in the most turbulent time in publishing since Gutenberg.

The future is coming

This doesn’t mean you should dilute your delivery in an attempt to appeal to additional billions of people; that watery gruel feeds fewer souls, not more. And still. It’s not wrong to consider, for a moment, the sensibilities of a planet full of differing perspectives, and whether your characters might be thinking or living too small, or whether your themes might have wider reach than you first imagined.

The most enduring words – songs of freedom, tales of triumph, tragedies of the spirit and comedies of the heart – tell universal human themes. Why not include yours?

Be part of a world that’s yearning to connect.

The future is coming, and eight billion people are waiting for your best work. 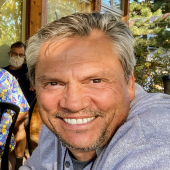 GLENN MILLER is a digital strategist and author consultant who works at the intersection of marketing and technology. He helps fiction and non-fiction authors build platforms that showcase their best work and find their perfect audiences.