GRAB THE POPCORN AND IMPROVE YOUR NOVEL Before I was a novelist, I was a screenwriter. I still teach screenwriting in the Graduate Film School at UCLA, so I still think about movies. A lot. Lately, I’ve been thinking about how all those hours watching every thing from The Wizard of Oz to The Verdict to Parasite have helped—and shaped—me as a mystery author.

My Cyd Redondo series started out as a script—my homage to the film Romancing the Stone—and eventually turned into my first book, Lost Luggage. While I was writing it, I stumbled onto Stephen King’s On Writing, which insisted authors “. . . must do two things above all other: read a lot and write a lot.”

I loved that advice, because it rationalized the pleasure and purpose I felt adding to my TBR pile. I’m no Stephen King, and movies and books are very different animals, but here are three reasons you can rationalize heading back into a dark cinema or picking up your remote as part of your ongoing education as an author.

Over fifty percent of genre and commercial novels are written in the first person. Even in second or third person, novelists are allowed, and even encouraged, to describe what their characters are thinking and feeling. Screenwriters are not. Barring a constant voice over, a script must externalize thoughts, feelings, and backstory into concrete moments you can see or hear onscreen. Doing this well can be the hardest thing about film writing.

A steady stream of truth might be a relief in real life, but in fiction, it can lack suspense and modulation.

Luckily for us, screenwriters have actors to manifest these gestures, behaviors, and dialogue, so we can learn from them. In films, we can watch unspoken moments of commitment (Sally Field raising her “Union” sign in Norma Rae or Ingrid Bergman palming her Nazi husband’s key in Notorious), unrequited love (John Cusack holding up his boom box in Say Anything), friendship and compassion (Mahershala Ali teaching “Little” to swim in Moonlight), or the nervousness of attraction (Paul Giamatti babbling about Pinot in Sideways). Breaking down what actors do in a scene—underneath and between the words—can inspire more use of action, variety, and subtext in our own fiction writing.

Sometimes we forget that always having access to a character’s inner thoughts can create stasis, particularly if the character is always telling the truth. A steady stream of truth might be a relief in real life, but in fiction, it can lack suspense and modulation. If you can let some of your characters’ internal thoughts hide in behavior and subtext, the truth—when it appears—can be twice as shocking, heart-wrenching, hilarious, and powerful.

# 2 THE VALUE OF SEQUENCES

Often what we remember about a film or show we love is actually a sequence—the bicycle chase in E.T., the christening/massacre in The Godfather, the wedding dress store/food poisoning sequence in Bridesmaids, or the opening Winnebago/underwear sequence in Breaking Bad.

Sequences—a series of scenes arranged around a central idea, location, or event—become “mini movies,” held together by repeating phrases, objects, characters, and backgrounds. They give us ups and downs, crises and resolutions, in the midst of the larger experience of the film. Most of us make a real effort to end a chapter on a cliffhanger or a great line. But how much do we really think about the interior construction of the chapter, all the reversals and connective tissue that come before that payoff? Sequences and chapters aren’t the same things, but the principals behind these “mini movies” can improve the pacing and the impact of your chapters as well as your overall book.

Sequences—a series of scenes arranged around a central idea, location, or event—become “mini movies,” held together by repeating phrases, objects, characters, and backgrounds.

One of the most important elements of screenplay structure and of sequence writing is the Midpoint. In a script, the Midpoint destroys a character’s initial plan for dealing with their problem and necessitates a different approach or focus. Structurally, this energizes the story and re-engages the audience. Sequences work the same way.

There’s a famous one in Bringing Up Baby, which begins with Cary Grant’s entrance in a top hat and ends with his walking out attached to Katherine Hepburn. It’s a masterclass in sequence writing. The piece is held together by the recurring use of the top hat, olives, handbags, and pratfalls. But it’s most impressive for its Midpoint, in which a psychiatrist informs Hepburn that “the love impulse in man frequently reveals itself in terms of conflict,” turning her irritation with Grant into a romantic obsession. The power struggles between them from that point on escalate the comedy and lead to the climactic decision which ends the sequence.

To see whether you’re getting the most out of your chapter structure, you might pay attention to the sequences in Three Days of the Condor, The Shape of Water, Sicario, Four Weddings and a Funeral, Get Out, Parasite, or your favorite film, to see how great screenwriters use this principle to their advantage.

An executive at Disney maintains the last ten minutes of any film are the most important. No matter how good the rest of the movie is, if the ending is unsatisfying, that’s what the viewers remember and talk about. Fiction may be more forgiving, but I do think great films can teach us not to linger too long after the central question of the story’s been answered, to go out “with a bang, not a whimper.”

Whether the ending is a freeze-frame image of the characters’ final, climactic decision in Butch Cassidy and the Sundance Kid or Thelma and Louise, a single, memorable line after the heartbreaking goodbye in Casablanca, or the briefest suggestion of resolution—Roy Scheider and Richard Dreyfuss paddling home once the shark is dead in Jaws, or one heartwrenching look between teacher and student at the end of the defiant drum solo in Whiplash, films teach us to deliver an ending the whole story has been working towards, and not to diminish that moment by hanging around too long to wrap things up.

So, go ahead and watch your favorite movie. It might be the stuff novels are made of. 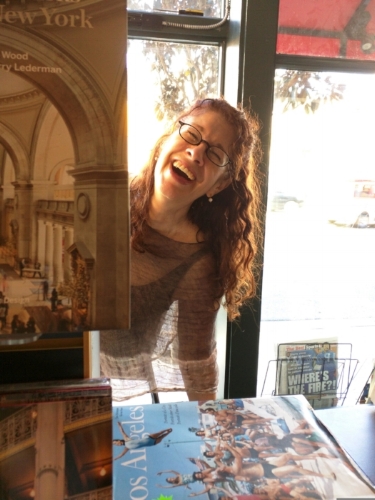 Wendall Thomas teaches in the Graduate Film School at UCLA, lectures internationally on screenwriting, and has worked as an entertainment reporter, development executive, script consultant, and film and television writer. Her first Cyd Redondo novel, Lost Luggage, was nominated for the Lefty and Macavity Awards for Best Debut Mystery of 2017. Her second, Drowned Under, was been nominated for a Lefty for Best Humorous Mystery of 2019 and an Anthony Award for Best Paperback Original and Fogged Off h 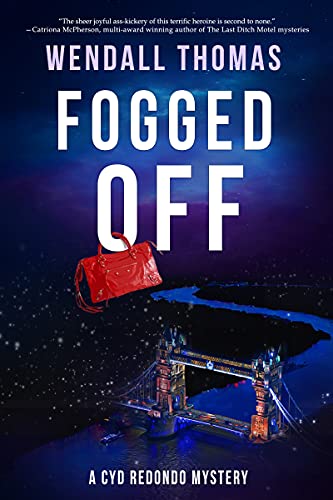 as been nominated for Best Humorous Mystery of 2021. Her short fiction appears in the crime anthologies Ladies Night (2015), Last Resort (2017), and the Anthony nominated Murder-A-Go-Go’s (2019).